Duke Nukem is the outlandish, macho protagonist of the titular game series of the same name. He’s known for his over-the-top one-liners, which are often delivered with a characteristic twist—like the one above,which he uttered while blowing aliens away in the 1996 first-person shooter Duke Nukem 3D.

Why do we remember Duke,and why are his one-liners so iconic?

It’s simple: they’re funny, and they perfectly capture Duke’s personality. His one-liners are a big part of what makes him such a memorable character.

Now, imagine if Duke Nukem was a real person. And imagine if, instead of one-liners, he delivered his catchphrases in the form of Twitch chats.

It would be absolutely hilarious, right?

Yes! But it would also be extremely effective marketing. Like the bubble gum line, Duke’s Twitch chat catchphrases could perfectly align with your business or product. And because they would be coming from a real person, they would have a much more significant impact than any traditional ad campaign.

This is the power of Twitch influencer marketing.

For the uninitiated,Twitch is a live-streaming platform where people can watch or broadcast themselves playing video games. It’s become increasingly popular over the years, with an estimated 30 million daily active users and 140 million monthly active users in 2022.

The Twitch live videoplatform is owned by Amazon. It was launched in June 2011 as a spin-off of Justin.tv, focusing mainly on e-sports, creative content, and gaming-related broadcasts.

What is Twitch Influencer Marketing?

Twitch influencer marketing is the process of working with popular Twitch streamers to promote your business or product.

A brand can do this in a number of ways, such as:

The idea is to tap into the enormous Twitch audience by partnering with popular streamers who already have their attention. It’s very similar to Instagram influencers and Youtuber sponsorships, but, well, it’s a lot cooler.

Because you’re not just working with an influencer who posts pictures of themselves. You’re working with real people who are passionate about gaming, and who have built up a strong rapport with their viewers.

This relationship is key to the success of Twitch influencer marketing. It’s what allows streamers to promote your product or business in a way that doesn’t come across as salesy or inauthentic.

Think about it this way: if you were to see one of your favorite Twitch streamers using and talking about a new product, you would be much more likely to check it out than if you saw the same thing from a traditional celebrity endorsement.

When done correctly, it can be an extremely effective way to reach a large and engaged audience. And that’s why more and more businesses are starting to invest in it.

The Benefits of Twitch Marketing

There are many benefits of Twitch marketing, but here are a few of the most important ones:

●      Generates leads and sales - Twitch influencer marketing can be used to generate leads and sales. For example, you could host a giveaway where viewers have to sign up for your email list to enter.

●      Creates brand awareness - Twitch marketing is a great way to build brand awareness. When done correctly, it can expose your business or product to a whole new audience.

●      Builds relationships - This immersive platform can help you establish relationships with popular streamers. These relationships can be beneficial in the long run, and may even lead to future collaborations.

●      Huge potential reach - Twitch has a massive audience with millions of active users. By partnering with popular streamers, you can tap into this vast audience and reach more people than you ever thought possible.

Do you have to be a gaming company to invest in influencer marketing on Twitch?

For example, the Overwatch League named TMobile as its wireless sponsor, and Coca-Cola as its official beverage sponsor. Considering Coca-Cola doesn’t even have a product that’s particularly well-suited to gaming, this was a big coup.

But it makes sense when you think about it. The Overwatch League has a very engaged and passionate audience, which is precisely the kind of audience Coca-Cola wants to reach. And by partnering with Twitch, they were able to do just that.

Another fine example is KIA’s sponsorship of the League of Legends European Championship (LEC). Kia provided vehicles to all of the LEC players throughout the tournament, and also had dedicated KIA-branded online content that really resonated with viewers.

As you can see, influencer marketing on Twitch can be highly effective for non-endemic brands, as long as they’re willing to think outside the box.

How to Get Started with Twitch Influencer Marketing

You can’t just go out and start working with any old Twitch streamer. You need to carefully consider who you want to partner with. After all, they will be representing your brand on their channel.

Here are a few things to keep in mind when choosing a Twitch influencer:

First and foremost, you need to make sure that their audience is a good match for your target market. There’s no point in working with a streamer who has an entirely different demographic than what you’re trying to reach.

Take a look at their content and see if it aligns with your brand values. For example, if you’re a family-friendly business, you’ll want to avoid streamers who use a lot of profanity or sexual innuendos in their content.

Check out their Twitch stats and see how engaged their viewers are. The last thing you want is to partner with a streamer who has a large audience but low engagement.

Make sure that they havea consistent posting schedule. There’s no point in working with a streamer who only posts once or twice a week. You need someone who is active on a regular basis.

Once you’ve found the right Twitch influencer, it’s time to ensure that both parties are clear on what’s expected.

What to Expect from the Partnership

As with any influencer marketing campaign, you’ll need to provide the Twitch influencer with some sortof compensation. This could be in the form of money, free products, or exclusive access to your product or service.

You should also have a contract in place that outlines the expectations of both parties. This contract should include things like the length of the partnership, deliverables, compensation, and more.

Finally, you’ll need to promote the campaign on your own channels. When you do this, be sure to use the influencer’s Twitch handle and link to their channel. This will help you drive traffic to their channel and increase your reach.

Any great partnership takes time, effort, and communication from both sides. By following these tips, you can set yourself up for success with your Twitch influencer marketing campaign.

Step into the World of Twitch Influencer Marketing With The Node

And like any powerful movement, it starts with a single step.

If you’re ready to take that first step into the world of Twitch influencer marketing, we’re here to help. The Node is a digital marketing agency specializing in influencer marketing. We work with some of the best content creators in Europe and have deployed over five-hundred campaigns over the past twelve months.

We’re hyper-reactive, we’re always on the lookout for new talent, and our ten years of experience across esports and gaming makes us the perfect partner for your next Twitch influencer marketing campaign.

Take your influencer marketing to the next level and contact us today. We’ll help you find the right content creators, negotiate the best deals, and get your campaign off the ground. And we’ll do it all with a smile on our face. Because that’s just who we are.

The Node - your partner for Twitch influencer marketing. 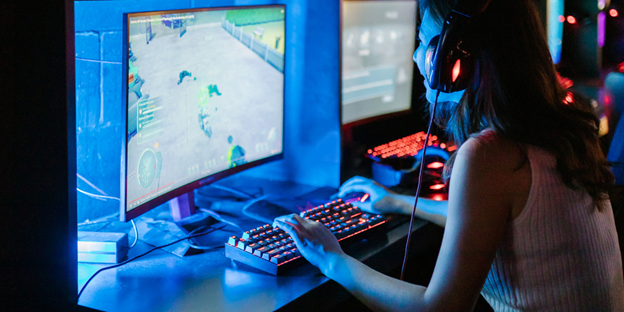 How to Harness the Power of Multi-Channel Influencer Marketing

How to Reach Gen Z for Your Brand